This article describes our implementation of the game on an FPGA1. Do you remember the snake game from childhood, where a snake runs on the screen trying to eat an apple?

There are 3 of us: Tymur Lysenko, Daniil Manakovskiy and Sergey Makarov. First, let us introduce ourselves and explain the rationale why we have worked on the project. At some point during the course, the instructors provided us with the opportunity to develop a project for an FPGA for additional points in the course. As first-year students of Innopolis University, we have had a course in "Computer Architecture", which is taught professionally and can allow the learner to comprehend the low level structure of a computer. Our motivation has not been only the grade, but our interest to gain more experience in the hardware design, share the outcomes, and finally, having an enjoyable game.

The structure of the the implementation goes as follows: firstly, an input is taken from an SPI joystick, then processed, and finally, a picture is output to a VGA monitor and a score is shown on a 7-segment display (in hex). For our project, we selected an easily-implemented and fun game, namely the "Snake". Although, the game logic is intuitive and straightforward, VGA and the joystick have been interesting challenges and their implementation has led to a good gaming experience.

A player starts with a single snake's head. The game has the following rules. Furthermore, the snake is being extended by 1 tail after satisfying the hunger. The goal is to eat apples, which are randomly generated on the screen after the previous one was eaten. The snake is always moving. The tails move one after another, following the head. If the head hits the tail, the game is over. If the screen borders are reached, the snake is being transferred to another side of the screen.

Figure 2 shows this architecture from the top level point of view: The architecture of the project is a significant factor to consider.

This section will describe what each element means and specify which pins are used on the board for the ports. As you can see, there are many inputs, outputs, and some modules.

Figure 3 shows the mapping between their values and the directions. The main inputs needed for the implementation are res_x_one, res_x_two, res_y_one, res_y_two, which are used to receive a current direction of a joystick.

No change in direction

joystick_input is used to produce a direction code based on an input from the joystick.

The module moves a snake into a given direction. game_logic contains all the logic needed to play a game. Furthermore, it receives the current x and y coordinates of a pixel on the screen and returns an entity placed at the position. Additionally, it is responsible for an apple eating and collision detection.

The drawer sets a color of a pixel to a particular value based on the current position (iVGA_X, iVGA_Y) and current entity (ent).

SSEG_Display is a driver to output current score on the 7-segment display.

game_upd_clk is a module that generates a special clock which triggers an update of a game state. 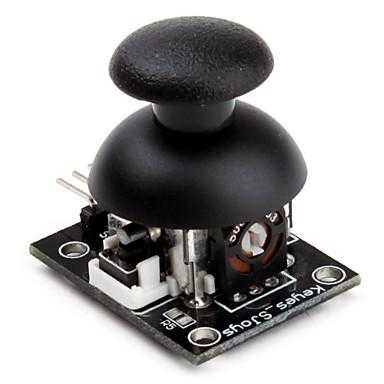 The joystick has 3 positions for each axis: While implementing an input module, we found out that the stick produces an analog signal.

The problem is that the FPGA board can only process a digital input. The input is very similar to the ternary system: for the X-axis, we have true (left), false (right) and an undetermined state, where the joystick is neither on the left nor on the right. The first suggested solution was to find an Analog-Digital converter, but then we decided to use our school knowledge of physics and implement the voltage divider3. Therefore we cannot convert this ternary logic to binary just by writing some code. After some measurements we found out that on our board, the border between zero and one is approximately 1. To define the three states, we will need two bits: 00 is false, 01 is undefined and 11 is true. Thus, we built the following scheme (image created using circuitlab4): 7V. Figure 5. Circuit for ADC for joystick

The physical implementation is built from an Arduino kit items, and looks as follows: The second is 0 at undetermined state, but still 1 at true. Our circuit takes one input for each axis and produces two outputs: the first comes directly from the stick and becomes zero only if the joystick outputs zero. This the exact result we expected.

The logic of the input module is:

A part of the input module code

The driver generates a bitstream consisting of vertical, horizontal synchronization signals, and a color that is given to VGA outputs. VGA module consists of 2 main parts: a driver and a drawer. We have adapted the driver from the article to our board. An article5 written by @SlavikMIPT describes the basic principles of working with VGA.

Each element stands for 1 game entity: either an apple, a snake's head, a tail or nothing. We decided to break down the screen into a 40x30 elements grid, consisting of squares 16x16 pixels.

The next step in our implementation was to create sprites for the entities.

Due to such a limitation, we needed to implement a converter to fit the colors of images into the available ones. Cyclone IV has only 3 bits to represent a color on VGA (1 for Red, 1 for Green, and 1 for Blue). For that purpose, we created a python script that divides an RGB value of every pixel by 128.

Figure 7. Comparison between input and output

All sprites are hard-coded but can be easily changed by generating a new code using the script above. The main purpose of the drawer is to send a color of a pixel to VGA based on the current position (_iVGA_X, iVGAY) and the current entity (ent).

Output to the 7-segment display

Due to shortage of time, we used the code from EP4CE6 Starter Board Documentation2. For the purpose of enabling the player to see their score, we decided to output a game score to the 7-segment display. This module outputs a hexadecimal number to the display.

During the development, we tried several approaches, however, we ended up with the one that requires a minimal amount of memory, is easy to implement in hardware, and can benefit from parallel computations.

As VGA draws a pixel at each clock cycle starting from the upper left one moving to the lower right one, the VGA_Draw module, which is responsible for producing a color for a pixel, needs to identify which color to use for the current coordinates. The module performs several functions. A signal produced by game_upd_clk module is used to determine when to update. That is what the game logic module should output — an entity code for the given coordinates.
Moreover, it has to update the game state only after the full screen was drawn.

The game state consists of:

The update of the game state includes several stages:

To fit the numbers into a screen they are being divided by the dimensions of the game grid and the remainder is taken. Random numbers produced by taking random bits generated by 6-bit linear-feedback shift registers (LFSR)6.

We have had some experience in game development and ended up with an enjoyable version of a "Snake" game for an FPGA. After 8 weeks of work, the project was successfully implemented. The game is playable, and our skills in programming, designing an architecture and soft-skills have improved.

We heartily thank Vladislav Ostankovich for providing us with the essential hardware used in the project and Temur Kholmatov for helping with debugging. We would like to express our special thanks and gratitude to our professors Muhammad Fahim and Alexander Tormasov for giving us the profound knowledge and the opportunity to put it into practice. Also, we would like to extend our sincere esteems to Rabab Marouf for the proofreading and editing this article. We would not forget to remember Anastassiya Boiko drawing beautiful sprites for the game.

Hope you enjoy playing it! Thanks for all those who helped us test the game and tried to set record. 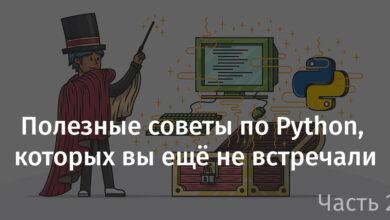 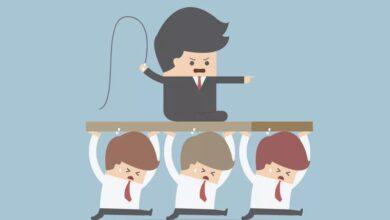